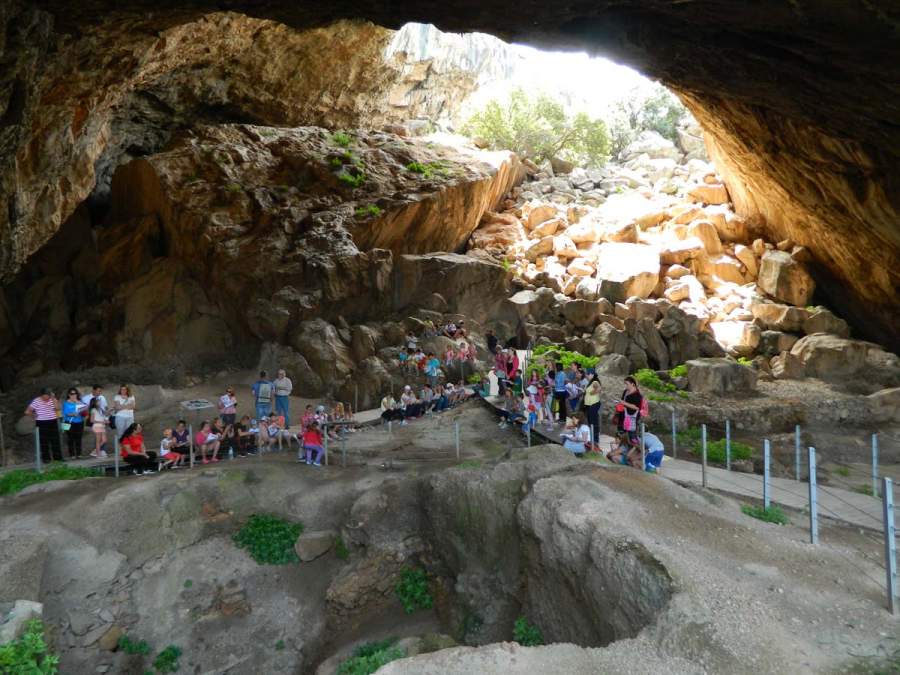 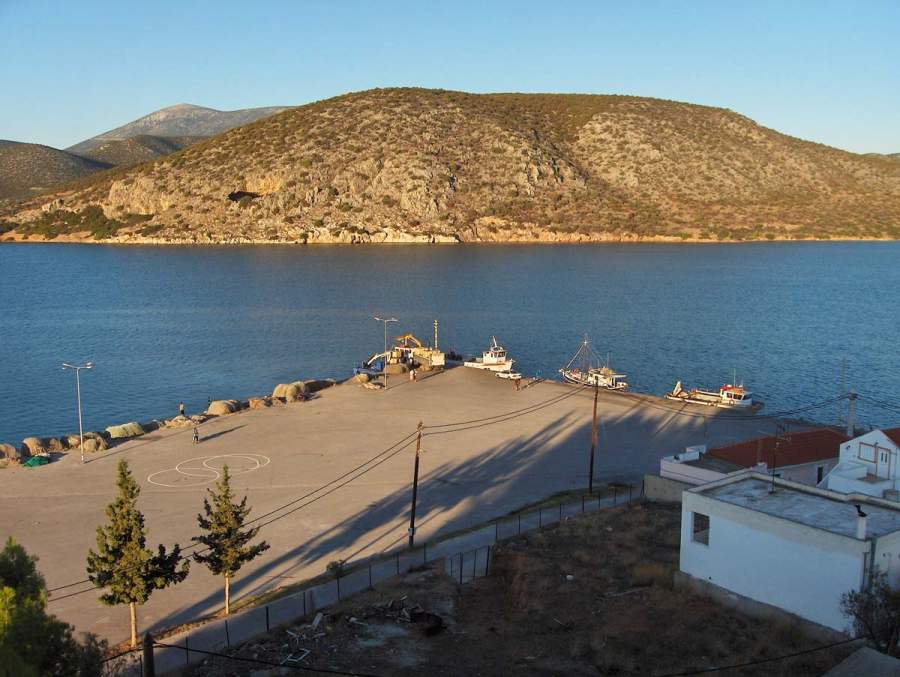 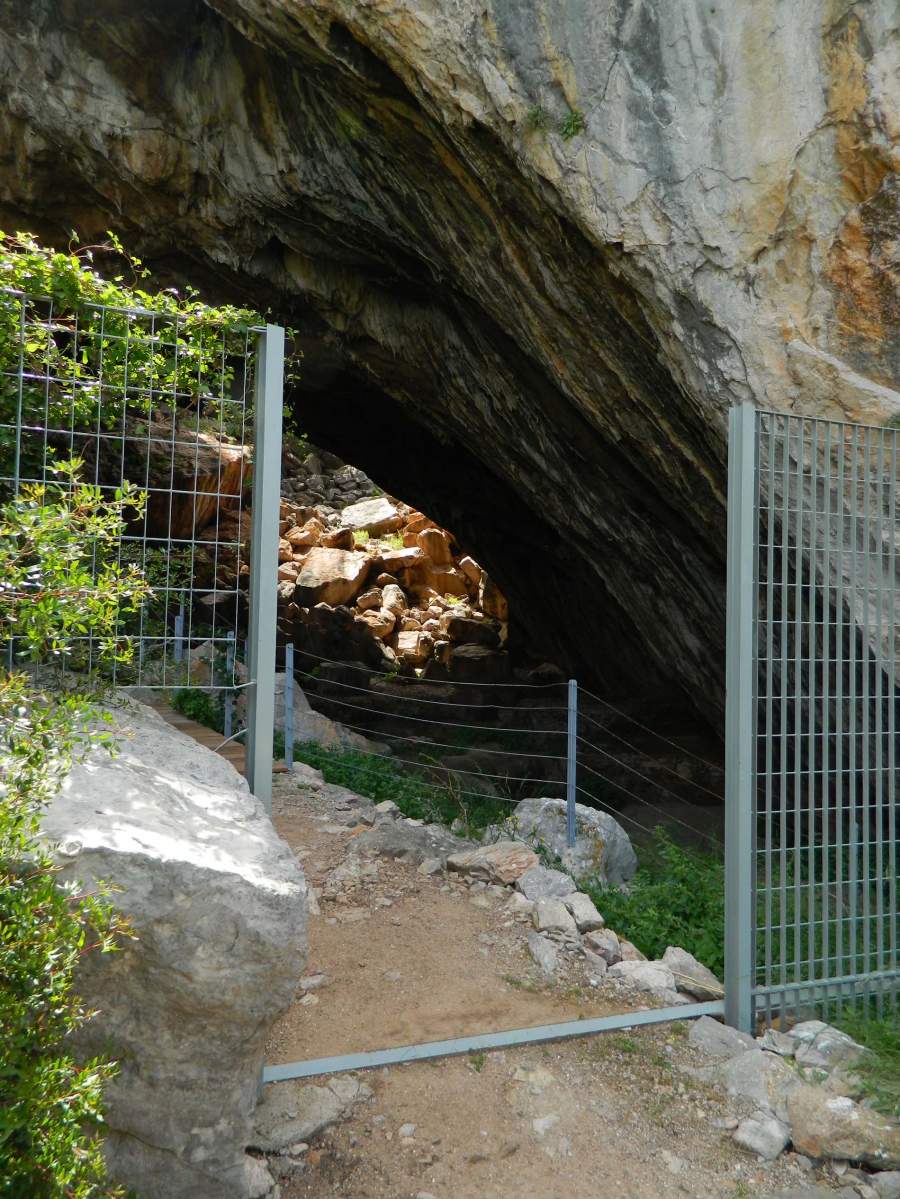 Franchthi cave is a very important prehistoric site located on the other side of Koiladha Bay. It is approximately 150 m long and about 45 m in maximum width. Most of the cave is covered by huge boulders, while at the very back is a small pool of brackish water.

The site was excavated from 1967 to 1976 by a predominantly American archaeological team. The excavations yielded enormous quantities of archaeological material (animal bones, plant remains, pottery, fish bones, human skeletons, etc.) and revealed a rare, long, and complex sequence of human occupation that starts in the Palaeolithic, continues into the Mesolithic, and ends in the Neolithic period (40000-3000 B.C.).

When it was first occupied ca. 40000 B.C., the cave was ca. 5-6 km from the shore as the sea level was much lower than today. For many millennia the cave was used sporadically by small groups of nomadic hunters who left behind spearheads, animal bones, and stone knives. Around 10000-9000 B.C., at the end of the Paleolithic Period/Ice Age, the sea level rose, reducing the distance of the cave to the coast to ca. 3 km. The cave was still not settled year round, but rather served as a base camp for nomadic groups which hunted wild animals, gathered wild plants, caught fish, and also collected shells for eating and for making ornaments. Perhaps the most important find from the Paleolithic period consists of a few pieces of obsidian—a volcanic stone which is found on the Aegean island of Melos. Its discovery suggests that some of the Franchthi inhabitants were skillful navigators and seafarers.

In the Mesolithic period (9000-7000 B.C.), the distance of the cave from the coast was ca. 2 km. The cave was still used by hunters, gatherers, and fishermen, yet not only as a space of habitation, but also as a place for disposing the dead. Both burials and cremations of both adults and children were found inside the cave. Other important finds include tools made of obsidian and bones of tuna fish, some of which weighed 200 kgs!

In the Neolithic period (7000-3000 B.C.), the cave was even closer to the sea. In this period, a permanent settlement was founded which extended beyond the cave into an area that is now underwater. The Neolithic inhabitants practiced farming and animal husbandry. They also produced and used a rich and diverse material culture that includes clay pots, stone celts, grinding tools, and figurines. The sea level continued to rise during the Neolithic, constantly shrinking the vital space of the community. This is probably one of the reasons for which the cave was abandoned around 3000 B.C.